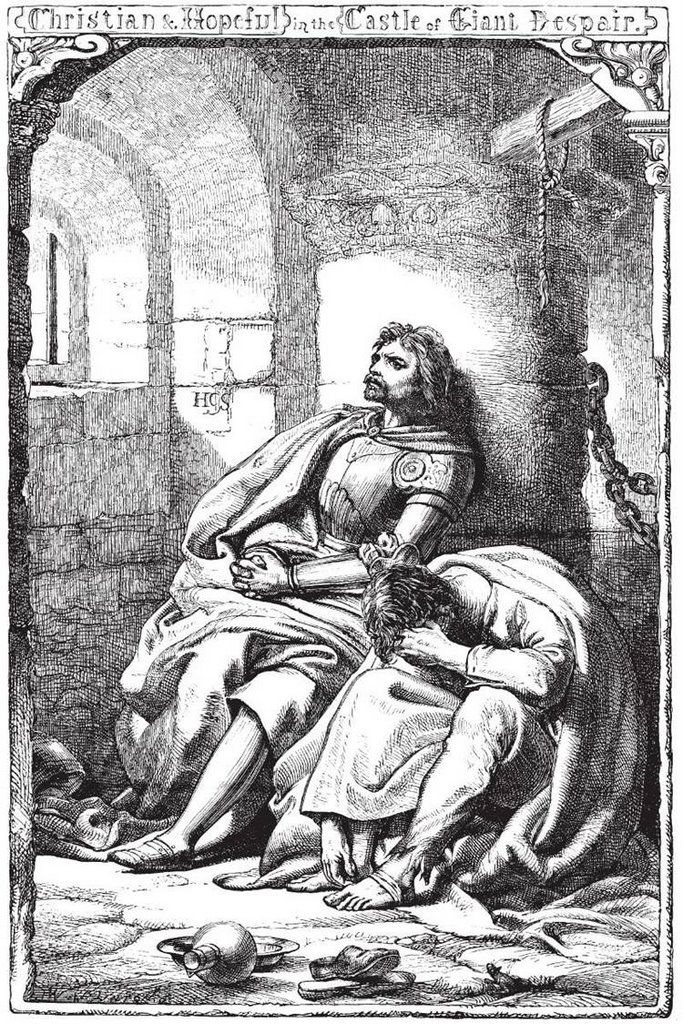 Now, a little before it was day, good Christian, as one half amazed, brake out into this passionate speech: What a fool, quoth he, am I, thus to lie in a stinking dungeon, when I may as well walk at liberty! I have a key in my bosom, called Promise, that will, I am persuaded, open any lock in Doubting Castle. Then said Hopeful, That is good news; good brother, pluck it out of thy bosom, and try.

Then Christian pulled it out of his bosom, and began to try at the dungeon-door, whose bolt, as he turned the key, gave back, and the door flew open with ease, and Christian and Hopeful both came out. Then he went to the outward door that leads into the castle-yard, and with his key opened that door also. After he went to the iron gate, for that must be opened too; but that lock went desperately hard, yet the key did open it. They then thrust open the gate to make their escape with speed; but that gate, as it opened, made such a creaking, that it waked Giant Despair, who hastily rising to pursue his prisoners, felt his limbs to fail, for his fits took him again, so that he could by no means go after them. Then they went on, and came to the King’s highway, and so were safe, because they were out of his jurisdiction.